Insydium has posted a preview of NeXus, its new GPU-accelerated particle simulation toolset for Cinema 4D.

An evolution of the functionality of X-Particles, the firm’s particle-based multiphysics plugin, NeXus is described as “the first wave of cross-platform GPU-powered X-Particles tools”

It will be available via the upcoming update to Insydium’s Fused product collection.

NeXus: a new wave of GPU-accelerated particle tools for Cinema 4D
With NeXus, Insydium has begun to move those tools to the GPU, with the firm descring it as “the first wave of cross-platform GPU-powered X-Particles tools”.

The main benefit over their CPU-based equivalents in X-Particles is “massive speed improvements”.

Insydium doesn’t put a figure on the speed boost, but in the video above, simulations are visibly faster when running on the GPU, with users able to interact with at least simple systems in the viewport in real time. 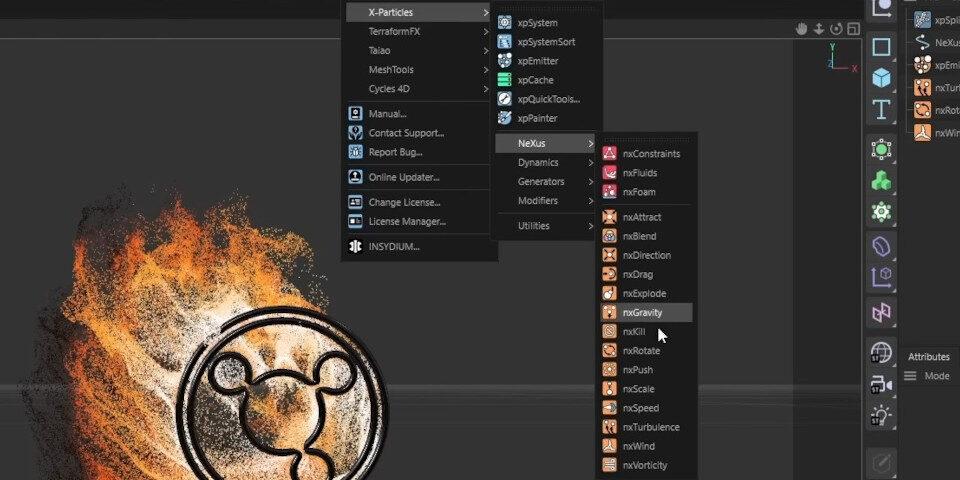 As well as speed improvements over their CPU-based “cousins”, some include new functionality, with the turbulence modifier getting new controls for Persistence and Lacunarity.

Available as part of Insydium’s Fused product bundle
Since we last wrote about X-Particles, Insydium has changed the way that its software is licensed, ditching the old individual product licences in favour of Fused, its all-in-one bundle of Cinema 4D tools.

It isn’t entirely clear from Insydium’s description whether NeXus will be a part of X-Particles itself, or a separate product within the Fused collection.

When the question was posed directly in the YouTube comments to the sneak peek video, the firm replied: “NeXus has been written from the ground up to be a GPU particle simulation system. It will be available to all customers with a Subscription or a license in Maintenance.”

We’ve contacted Insydium to see if we can get a clarification, and will update if we hear back.

Pricing and availability
NeXus will be available as part of the Summer 2022 update to Fused in the “next few weeks”.