The app, which is free to download, turns uploaded images of real-world objects into textured 3D models in OBJ or FBX format, using machine learning to remove noise automatically from the 3D scan.

A free AI-enhanced 3D scanning app for Android as well as Apple phones
There is no shortage of mobile 3D scanning apps, several of which we’ve covered on CG Channel.

Kiri Engine’s selling points are that its base features are free to use, that it works on Android as well as Apple devices, and that it removes noise from the scans it generates, reducing the need for manual clean-up.

Processes scans in the cloud, with automated polygon reduction and noise removal
Kiri Engine uses photogrammetry to reconstruct a 3D model from source photos of a real-world object.

Processing is done in the cloud, with users uploading images and downloading the generated model in OBJ or FBX format: the developers tell us that more common file formats will be added in the next update.

Users can choose from three quality presets while uploading images, which determines the face count of the model, and for real-time use, it is possible to export a 15,000-poly version alongside the original asset.

Kiri Innovation uses a range of image-processing and machine learning techniques to remove noise from the models generated, resulting in scans that require much less manual clean-up than comparable apps.

You can get an idea of the quality of the results possible in this review on professional 3D printing marketplace aniwaa, which includes examples of the raw 3D scans that Kiri Engine generates.

The review’s summary describes Kiri Engine as generating “little to zero artifacts”. The app also has excellent user reviews on the iOS App Store, although scores for the Android edition are lower. 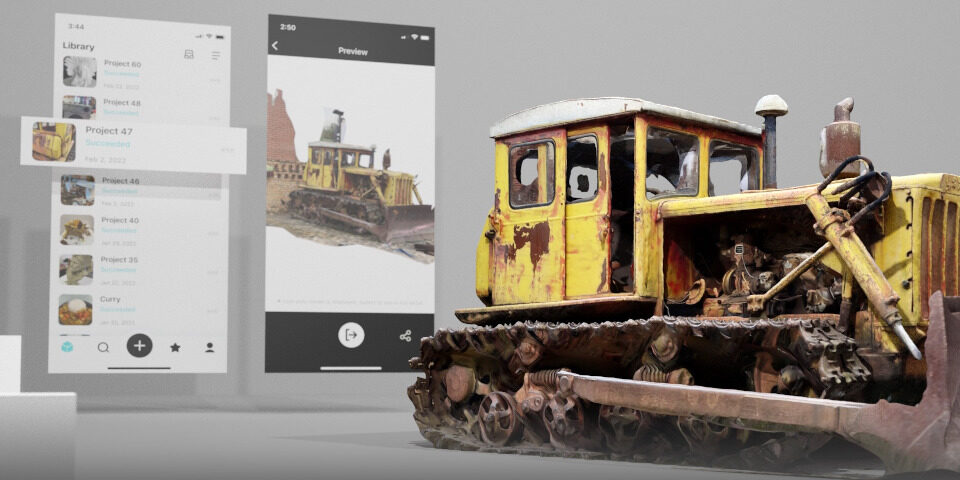 Free to use, but with limits on project size and weekly exports
After downloading the app itself, you need to create a user account to process scans. A free account lets you create an unlimited number of projects, making it possible to preview models for free.

Actually downloading a model consumes an export coupon, with free accounts getting three coupons per week, although you can download the model itself multiple times during a one-hour time slot.

Free accounts are also limited to 70 photos per project, which is suitable for scanning props and small environment objects, but less so for larger objects and 3D environments.

Paid Premium accounts raise that limit to 200 photos per project, which also makes it possible to export an unlimited number of models, and provides access to faster servers for model processing.

Pricing and system requirements
Kiri Engine is available for Android 7.0 and iOS 13.0. The app is free to download. The software has received regular updates since its original release in 2021: the current version is Kiri Engine 1.10.

Download Kiri Engine for iOS from the iOS App Store