Otoy has released Sculptron 2022.1 – the next version of its GPU-based sculpting tool, intended for editing animation or simulation caches exported from other DCC applications – in early access.

The initial XB1 release added support for grooming hair exported from other software, more sculpting brushes, new modifiers that can be used to add secondary motion to animation caches, and a toon material.

An interesting GPU-based tool for sculpting animation caches
First released in 2021 after a year in alpha, Sculptron is a GPU-based digital sculpting tool.

Unlike software like ZBrush or Mudbox, it isn’t designed for sculpting static meshes: instead, it is intended for use in animation workflows, for editing animation or simulation caches.

Use cases include removing unwanted elements from simulations, or fixing artefacts in character animation.

It can exchange animation caches with other DCC applications in Alembic, OBJ and MDD format, and can also convert meshes to volumes for export as OpenVDB files. 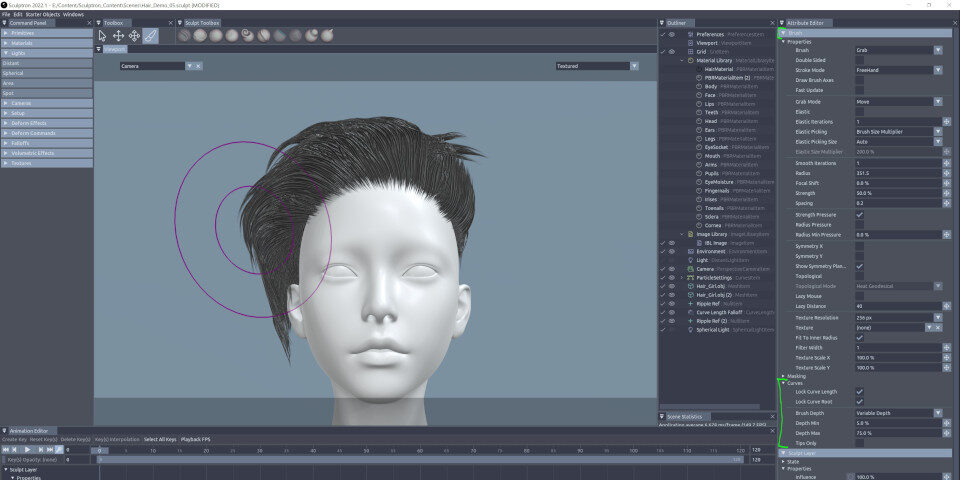 Sculptron now supports Alembic curves, making it possible to import and sculpt hair caches as Alembic files; and supports the LWO file format, which can be used to export FiberMesh hair from ZBrush.

A new Mask brush lets users paint masks to restrict sculpting operations to a particular part of a surface.

New deformers include Camera Lattice, for freeform deformation; a self-descriptive Jiggle deformer; camera Motion Blur (shown above); and Push, which displaces a surface outwards along its normals. 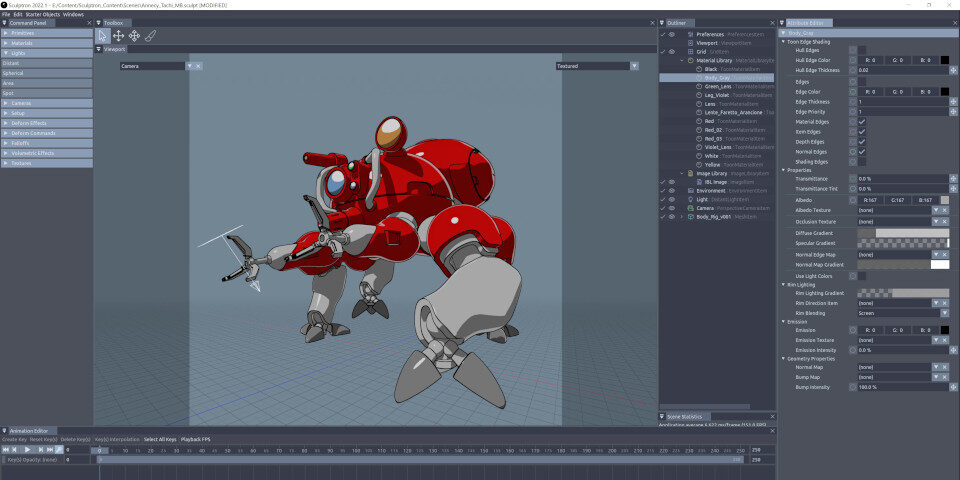 Alembic support has also been extended – as well as Alembic curves, Sculptron can now import and export sequences of Alembic files with changing topology; and can import animated cameras, joints and nulls.

The cloth brush (shown above) deforms geometry into realistic folds and wrinkles in real time, and similar dynamic sculpting capabilities have been added to several of Sculptron’s existing sculpting brushes.

The same underlying technology also powers a new wrinkle deformer, which can be used to add dynamic wrinkles to the clothing of animated characters. You can see more demo videos in this story.

Pricing and system requirements
Sculptron 2022.1 XB3 is available for Windows 10 only. The software does not support Intel GPUs, but otherwise only requires OpenGL 4.6, so both AMD and Nvidia cards should work.

Otoy hasn’t announced a final release date, but in the past, it has taken between five and nine months for new versions of its products to go from initial preview to stable release.

The software is rental-only, with subscriptions costing €9.99/month (around $10/month).

Read a full list of new features in Sculptron 2022.1 on Otoy’s forum
(Includes a link to download the software)