Redshift will be available for AMD GPUs later this quarter 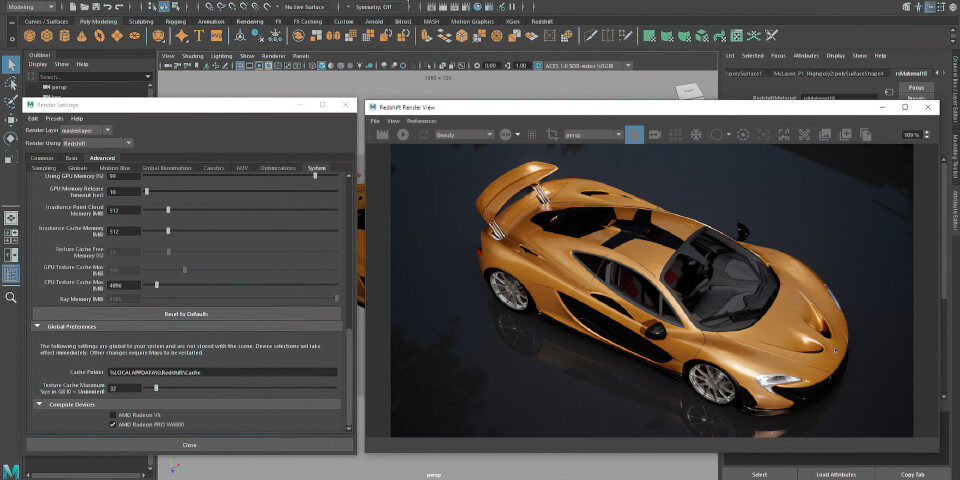 Support for AMD GPUs on Windows and Linux is currently in closed beta, and will become publicly available when AMD releases its Radeon Pro Software for Enterprise 22.Q1 drivers “later this quarter”.

Making Redshift compatible with AMD as well as Nvidia and Apple GPUs
The option to run Redshift on AMD GPUs on Windows and Linux was first teased as “coming soon” in Maxon’s launch video for Redshift 3.5, the latest version of the renderer, which was released last week.

The change will make Redshift compatible with all major makes of GPU currently used in production, with the exception of Intel’s upcoming Arc A-Series cards.

AMD support achieved using HIP, as with Cycles X
As with Cycles X, the major rewrite of Blender’s Cycles render engine rolled out in Blender 3.0 last year, support for AMD GPUs in Redshift has been achieved via AMD’s HIP platform.

An open-source C++ runtime API and kernel language, HIP (Heterogeneous-computing Interface for Portability) lets developers create software that run on both Nvidia and AMD GPUs from a single code base.

Sometimes described as a way of porting tools written using Nvidia’s CUDA computing framework to AMD GPUs, HIP has been around for several years, but was initially mainly used in high-performance computing.

AMD claims that HIP has “little or no performance impact over coding directly in CUDA mode”.

The firm has also just announced HIP RT, a new GPU ray tracing library that could provide an alternative to Nvidia’s OptiX API or DirectX 12’s DXR, although its release comes after the work on Blender and Redshift.

System requirements, pricing and release dates
Support for AMD GPUs in Redshift is currently a closed technology preview, and will become publicly available with the release of Radeon Pro Software for Enterprise 22.Q1 in “Q2 2022”.

The current version of the renderer, Redshift 3.5, is available for Windows 10, glibc 2.17+ Linux and macOS 11.5+. The software is rental-only, with individual subscriptions costing $45/month or $264/year.

Full disclosure: in my life outside CG Channel as a freelance technology writer, AMD recently commissioned me to produce marketing material on HIP.