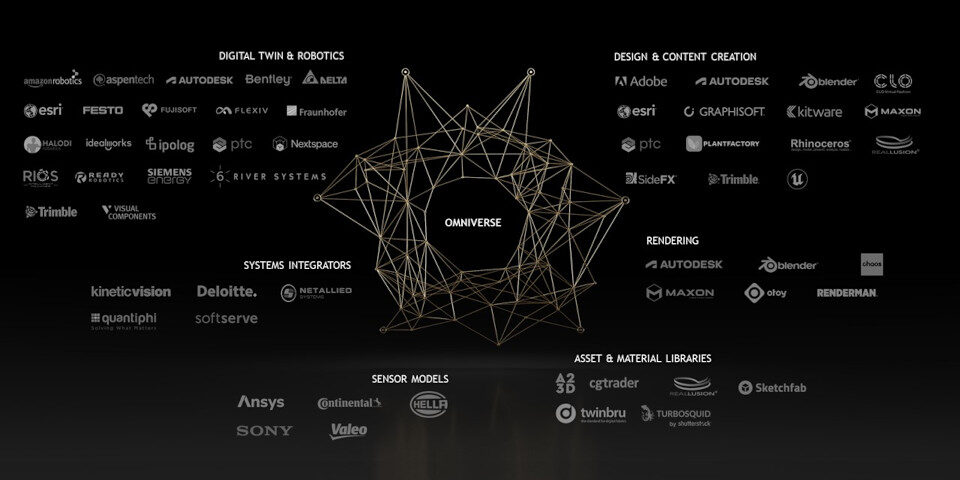 Key changes include a new connector for Unreal Engine 5, the latest version of the game engine, and an upcoming connector for Substance 3D Painter, Adobe’s 3D texture painting software.

The updates were announced at GTC 2022, alongside Omniverse Create 2022.1 and Omniverse Cloud.

A USD-based collaboration platform for VFX, game development, design and visualization
Officially launched this January after a year in beta, Omniverse enables artists and designers anywhere in the world to collaborate on projects in real time.

Data is exchanged between compatible CAD and DCC applications and Omniverse in USD format, with connector plugins available for tools including 3ds Max, Maya, Revit, Rhino, SketchUp and Unreal Engine.

As well as the Omniverse core, Nvidia has released frontend applications for specific tasks, including Omniverse Create for scene layout and editing, and Omniverse View for scene review. 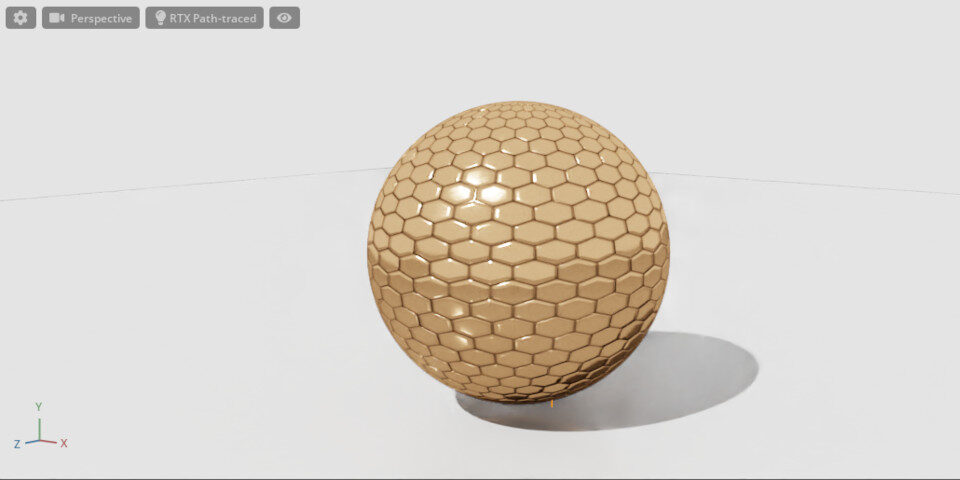 New UE5 connector and SBSAR material extension out now, Substance 3D Painter connector to come
Changes announced at GTC 2022 include a new connector for Unreal Engine 5, making it possible to live link Omniverse to the new version of the game engine, currently available in public preview.

In addition, Substance 3D Painter, Adobe’s 3D texture painting software, is to get its own dedicated Omniverse connector.

Although it is currently possible to live link Substance 3D Painter to Omniverse, the workflow is based on exported texture maps, rather than Substance materials themselves.

The first third-party render engine supported is the native USD HdStorm renderer, with delegates for OctaneRender, Redshift and V-Ray in beta, and Arnold and Blender’s Cycles renderer “coming soon”.

In addition, Nvidia has released Omniverse Code, a new app that serves as an IDE for coding custom Omniverse tools, in beta.

Availability and system requirements
Omninverse Create 2022.1, the Unreal Engine 5 connector and Substance SBSAR extension are out now. No release date has been announced for Omniverse View 2022.1 or the other Hydra render delegates.

Omniverse itself is available for Windows 10 and CentOS 7/Ubuntu 18.04 Linux. You can find the detailed system requirements for Omniverse apps here. Many require a Nvidia GeForce RTX 3070 GPU or better.

Ominverse is free for individual artists. For teams, commercial Enterprise subscriptions are available through Nvidia’s partner firms. You can find pricing information in this story.