Pilgway has released 3DCoat 2022, the latest version of the sculpting, retopology and 3D painting app.

The update introduces a new Core API for customising or extending the software’s functionality, bringing 3DCoat “one step [closer] to becoming … semi-open-source”;

Other changes include a new Bevel tool and an Inflate modifier in the brush engine.

Despite the Russian invasion of Ukraine, 3DCoat’s Kyiv-based developers are still continuing to put out regular updates to the software: at the time of writing, the current build is 3DCoat 2022.12.

An ongoing series of 3DCoat 2022.x updates
Pilgway typically puts out an update to 3DCoat every three or four days, so 3DCoat 2022 is less of a single monolithic release than the point where the version numbering ticked over from 2021.99 to 2021.01.

However, there is now a stable 2022 build available for download, and Pilgway has updated the version number on the homepage of the product website, so it seems safe to say that it’s officially out.

New Core API lets users customise the software at the ‘speed of C++’
The biggest change in the 2022 releases is the new Core API, which enables users to extend or customise 3DCoat’s functionality with “the full native speed of C++”.

Pilgway describes modifying 3DCoat via the API as “far more than scripting”.

In this tweet, lead developer Andrew Shpagin describes the change as bringing the software “one step [closer] to becoming absolutely customisable and semi-open-source”.

New Bevel tool and Inflate modifier in the brush engine
Changes for non-coders include the new Bevel tool, shown in use in the video at the top of the story to create complex stepped bevels on hard-surface models via a customisable profile curve.

At the time of writing, Pilgway hasn’t updated the Releases section of the 3DCoat website, but new features listed in the changelog on its forum include a new Inflate modifier in the brush engine. 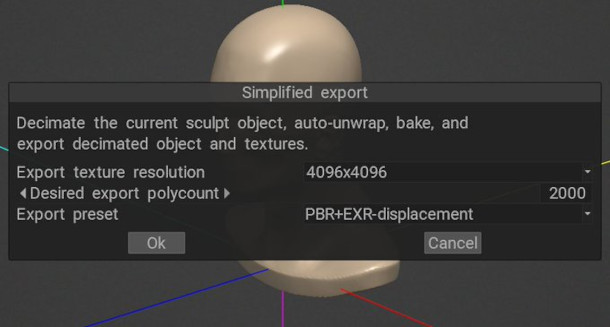 Other recent changes: automated conversion of sculpts to low-res models, new clay shaders
Other changes since we last wrote about the software include a new script to automate the process of converting a high-poly sculpt to a low-poly model, decimating the model and baking out texture maps.

Development work continues, despite the war in Ukraine
3DCoat’s developers, most of whom live and work in Kyiv, are continuing to put out updates despite the Russian invasion of Ukraine.

You can find updates on their current working conditions on Andrew Shpagin’s Twitter feed, and read Pilway’s appeal to the citizens of the Russian Federation on the firm’s website.

For details of educational pricing and free non-commercial student licences, check out the product website. All prices exclude tax.

Read a full list of new features in 3DCoat 2022 on the product forum
(Changelog is in the third post: individual posts about 3DCoat 2022.x start on page 69 of the thread)