Maxon has released Forger 2023, the latest version of its digital sculpting app for iPad, adding a new modelling toolset based on the polygonal modelling engine from Cinema 4D.

The update to the app, the base edition of which is free, was announced as part of Maxon’s Fall 2022 product releases, which include Cinema 4D 2023, and new versions of the Red Giant effects plugins.

It provides a core set of sculpting brushes that will be famiilar to users of desktop tools like ZBrush, including Standard, Clay, Smooth, Move, Pull, Flatten, Polish, Inflate and Crease.

Files can imported in OBJ or Alembic format, or exported to other DCC apps in OBJ, STL or USD format. 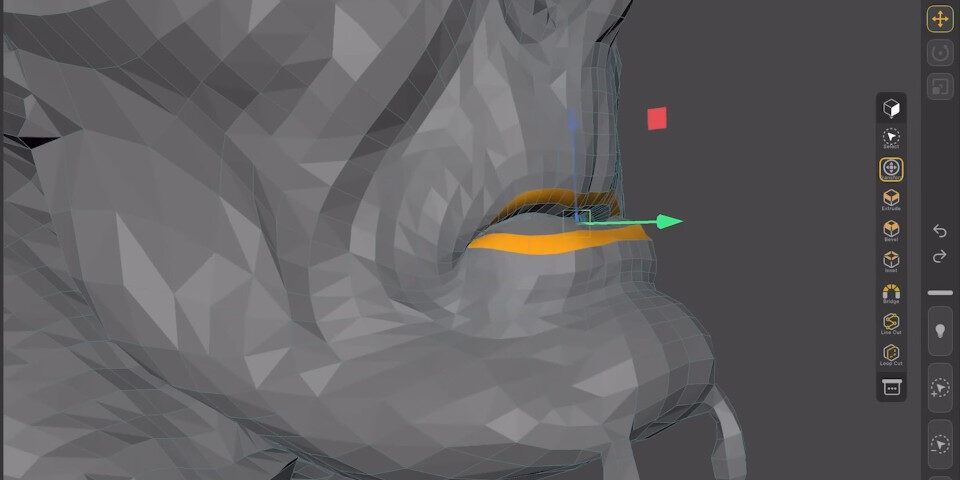 New polygonal modeling tools create hard-surface assets from scratch, or edit existing geometry
To that, Forger 2023 a new set of tools based on the polygonal modelling engine from Cinema 4D.

It includes simplified Select, Transform, Extrude, Bevel, Inset, Bridge, Line Cut, Loop Cut, Weld and Slide tools, reworked for use on a smaller screen with touch controls or a stylus.

With them, users can create simple hard-surface assets from scratch, starting from a set of 12 poly primitives.

The toolset should also open up new workflows when used in conjunction with Forger’s existing sculpting tools, including roughing out base meshes for sculpts, or editing low-poly versions of a sculpt.

Pricing and availability
Forger 2023 is available for iPadOS 15.0+. The base app is free, but is limited to three active files. A paid subscription, which costs $1.99/month or $14.99/year, removes that cap and unlocks a live link to Cinema 4D.