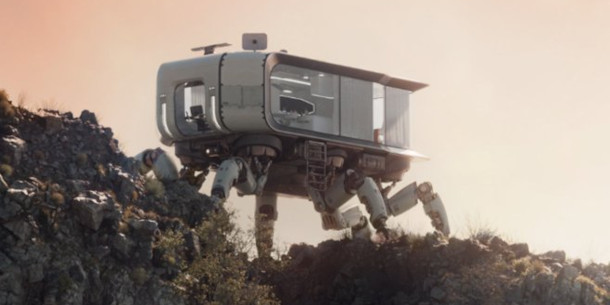 Chaos has released V-Ray 6 for Maya in open beta.

New features in the latest major version of the renderer include V-Ray Enmesh, Chaos’s system for repeating geometry across the surface of an object without instancing, and procedural clouds in V-Ray Sky.

Changes unique to the Maya edition include a new V-Ray Profiler for identifying rendering bottlenecks in scenes, and extended USD support, including support for VDB shaders in USD.

Full disclosure: the beta was actually released last month, but we only spotted it while working on a story on V-Ray 6 for Cinema 4D, which has also just been released in open beta.

V-Ray Enmesh generates repeating surface geometry without instancing
The release makes Maya the second host application to get the new features from V-Ray 6, following the release of V-Ray 6 for 3ds Max earlier this year.

Major new features include the VRayEnmesh modifier, which covers the surface of an object with repeating geometry, in a way analogous to tiling a texture. 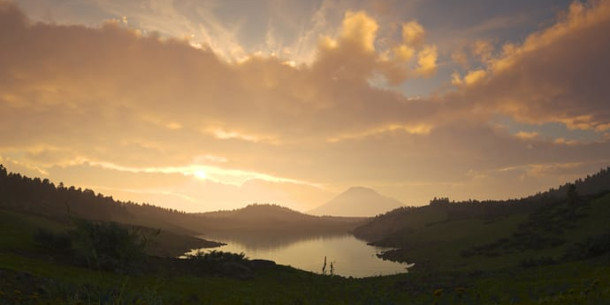 Updates to VRayMtl, VRaySky, the Dome light and the VFB
VRayMtl, the standard V-Ray material, gets a new integrated Thin Film layer for creating iridescent materials like soap bubbles and oil spills: effects previously only achievable via an OSL shader.

VRaySky, V-Ray’s physically accurate sky system, gets support for procedural clouds: a feature based on technology from real-time rendering firm Enscape, with which Chaos merged this year.

The V-Ray Frame Buffer (VFB) also gets a number of new features, including support for viewing spherical panoramas, and a new Proportion Guides Layer to help with scene composition.

It tracks the time taken to render each material in a scene, breaking the result down into categories by calculation type, including initialisation and calculating GI, reflections and refraction.

In the initial release, it is limited to the Windows and Linux editions of the software, and does not support V-Ray GPU or several advanced material types, including the car paint, Fast SSS, OSL and GLSL materials.

In addition, support for USD – introduced to V-Ray 5 for Maya – has been extended with support for VDB volume shaders in USD, and the option to export V-Ray materials as USD Preview Surfaces.

Pricing and system requirements
V-Ray 6 for Maya is available in open beta for Maya 2019+, running on 64-bit Windows 8.1+, RHEL and CentOS Linux and macOS 10.14+. Chaos hasn’t announced a final release date yet.