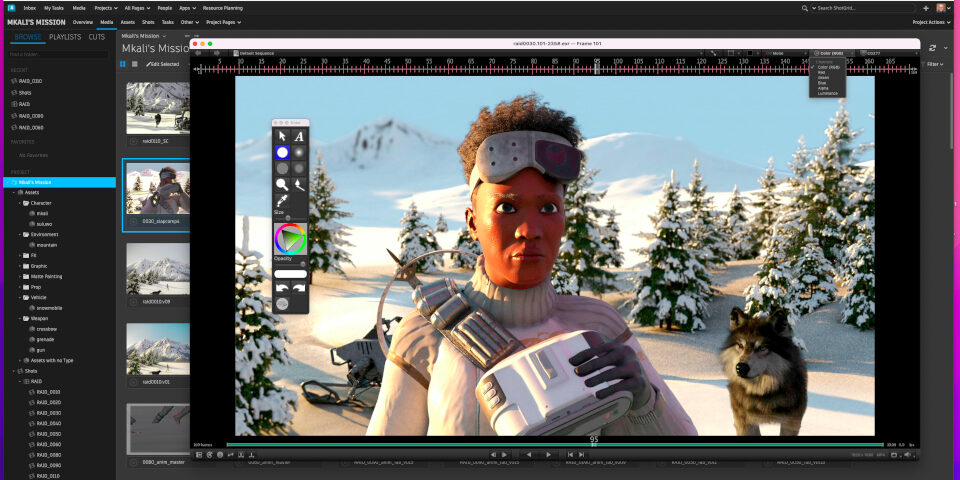 The software won a Scientific and Technical Academy Award in 2016 for allowing “studios of all sizes to take advantage of a state-of-the-art workflow”.

Current users include leading Australian VFX and animation facility Animal Logic, which describes RV as “critical to its animation pipeline”.

Steadily updated, but not available separately from ShotGrid since late last year
Since Autodesk acquired it, RV has received regular updates, with the latest, RV 2022, adding support for new open standard OpenTimelineIO.

The update also moved RV a step in its current direction, discontinuing the old $299 perpetual licences, with RV becoming available only via subscriptions to ShotGrid, Autodesk’s production tracking system.

The project, which has the aim of building a unified open-source toolset for shot playback, review and approval, will also feature code from two other shot review and playback tools.

Both were developed in-house at major visual effects facilities: the upcoming xSTUDIO at DNEG, and itView at Sony Pictures Imageworks.

At the time of writing, RV has not yet been added to Autodesk’s open-source project website, and the code is not available on Autodesk’s GitHub repository.

We’ve contacted Autodesk to ask when and where the code will become available, and under what licence it is being released, and will update if we hear back.