Glassbox Technologies has released DragonFly 3.0, the new version of its virtual camera system for Maya and Unreal Engine, adding a mixed-reality Simulcam mode to overlay CG elements on live plates in real time.

The update also improves the accuracy with which DragonFly simulates real-world cameras and lenses, and adds new options to edit already captured takes, and to record directly from the viewport.

A free iOS app, DragonFly Companion, makes it possible to use an iPad or iPhone as a virtual camera, with the virtual camera view displayed on the screen of the mobile device.

It is also possible to control the virtual camera via a gamepad, or using HTC’s Vive controllers or Vive Trackers; and the software is natively compatible with OptiTrack optical motion-capture systems. 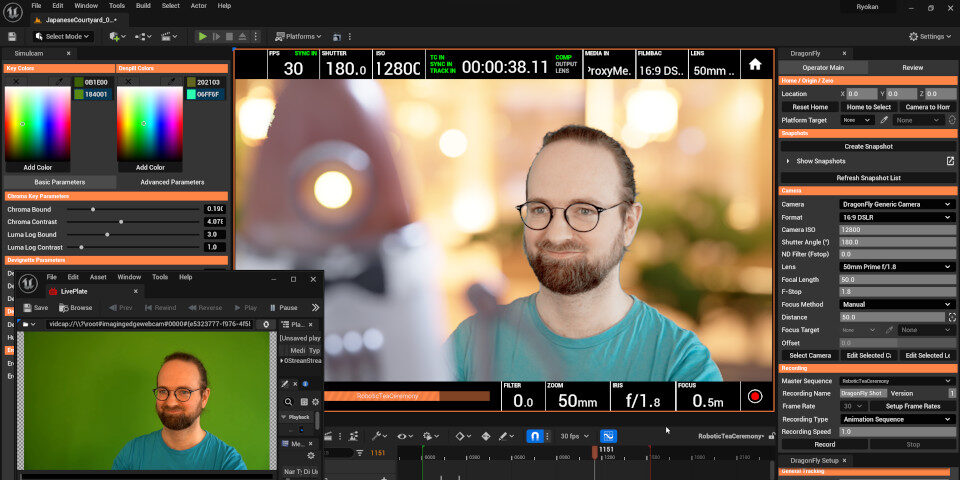 The software also now includes a dedicated window for editing stored camera profiles, with changes to settings previewed in the camera view, or on a standard checkerboard.

Now only available for Unreal Engine, not Unity?
However, one feature from DragonFly 2.0 that seems no longer to be available is support for Unity: the product website lists DragonFly 3.0 as only being compatible with Maya and Unreal Engine.

We’ve contacted Glassbox to ask if the Unity integration is still available, and will update if we hear back.

Pricing and system requirements
DragonFly 3.0 is compatible with Maya and Unreal Engine 4.27 and 5.0.