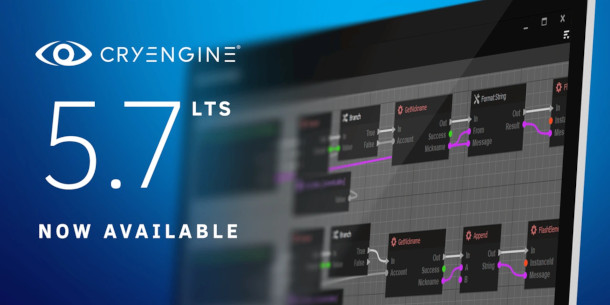 Crytek has released CryEngine 5.7, the new long-term stability release of the game engine.

The update, originally scheduled for 2020, updates the engine’s Scaleform UI middleware to version 4, updates the GamePlatform plugin, and adds support for the current version of Visual Studio.

According to Crytek, features removed from its product roadmap between the original announcement of CryEngine 5.7 and its release are “still on the list”, but there are currently no definite dates for future releases.

An update originally announced in 2019, and steadily scaled back ever since
The first major update to the software since CryEngine 5.6 in 2019, CryEngine 5.7 was originally scheduled to ship in 2020.

On its announcement, Crytek’s public roadmap included a longish list of new features for the release, including the hardware-agnostic ray tracing system that the firm previewed at GDC 2019.

An updated version of the roadmap, posted in June 2020, scaled back that feature list considerably, and pushed the next release back to “early 2021”.

CryEngine 5.7: Updates to Scaleform and the GamePlatform plugin
CryEngine 5.7, as eventually shipped in 2022, cuts back that feature list still further.

Of the features listed in Crytek’s blog post on the 2020 roadmap update, the only one to make it through to the eventual release notes is the update to Scaleform 4, the final stable release of the UI middleware.

Schematyc, CryEngine’s visual scripting system, originally due for a full overhaul, gets “minor” updates, including a Scaleform plugin.

In addition, CryEngine now supports Visual Studio 2022, the current version of the IDE, and GamePlatform, its plugin for online services like matchmaking, now supports Steam, PlayStation and Xbox.

There are also a few smaller features and workflow improvements that weren’t on the 2020 roadmap, including support for environmental wind in vCloth, CryEngine’s cloth simulation system. 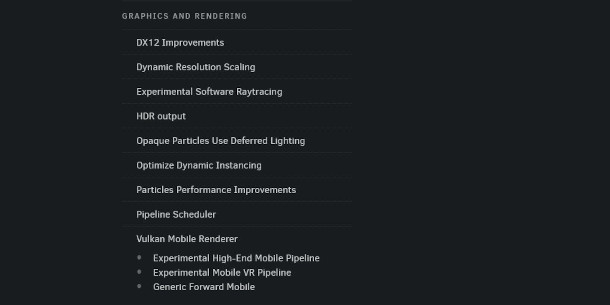 The upcoming graphics features listed on the CryEngine roadmap in 2020. According to Crytek, many are still in development, but there are currently no confirmed release dates.

Sections of the roadmap devoted to a “future major release” and features in R&D were removed last year.

In a Discord AMA session in February, the recording of which can be found here, new CryEngine general manager Arto Ruotsalainen confirmed that both mobile support and ray tracing were still “on the list” but that “the timeline for … release is still a bit of an unknown”.

Ruotsalainen also commented that Crytek wants to provide “more transparency” about development of CryEngine: something that the firm has been saying in its blog posts since 2019.

However, the one-hour AMA session does discuss many of the major features originally proposed, including which are currently implemented in Crytek’s own internal builds of the engine, if not in the public release.

According to Ruotsalinen, “We will be doing a lot of updates [to CryEngine] throughout the year.”

We suspect that many users will be hoping that, this time, Crytek can make good on that commitment.

Pricing and system requirements
CryEngine 5.7 LTS is available for Windows 7+. Use of the editor is free, but Crytek charges 5% of the revenue from any commercial project using the engine after the first $5,000/year.

Read a full list of features in CryEngine 5.7 on Crytek’s product roadmap