Basefount has released Animcraft 2, the latest version of its software for building libraries of animations that can be shared between different characters, or across multiple DCC applications and game engines.

The 2.0 and 2.1 updates add nonlinear motion editing tools for building new animations from motion clips, and a new facial rigging and animation system.

The software ingests keyframe or motion-capture animation, retargets it to new characters, and exports it in the native formats of DCC applications and game engines.

It works with rigged characters created in a range of common DCC tools and game engines, making it possible to transfer animation between 3ds Max, Blender, Cinema 4D, Maya, Unity and Unreal Engine.

3ds Max and Maya users also get a new facial rigging toolset, described as similar to that provided by the plugins Advanced Skeleton for Maya or BonyFace for 3ds Max.

Facial animations can be shared between any characters with facial rigs created using the toolset without retargeting, even across DCC applications.

Alternatively, users can retarget facial animation to another character and export the animated character in FBX format, making it possible to use the animation in Unity and Unreal Engine.

Basefount has also released a free markerless facial motion-capture app which captures facial motion data from an actor via the camera on an iPhone or iPad, and streams it to a character in Maya in real time.

It supports inertia, collision avoidance, wind and gravity; and users can damp, offset or loop the animation. Basefount now plans to introduce the same toolset in 3ds Max and the standalone edition of Animcraft.

The software is rental-only, and costs $199/year per node-locked licence; $259/year per floating licence.

Read an overview of the new features in Animcraft 2.1 on the product blog (Via Google Translate)

Read a full list of new features in Animcraft 2.1 in the online documentation 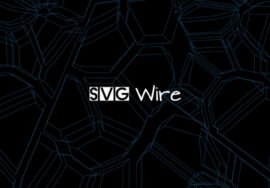 Sketchfab’s models of the month: January 2022