SideFX has unveiled Houdini 19, the latest major update to the procedural 3D software.

Highlights include a revamped muscle and tissue simulation toolset that lets artists ‘groom’ muscle fibres, plus a new secondary motion system and support for live mocap streaming in the KineFX character toolset.

The other simulation tools also get plenty of love, with Vellum becoming a true multiphysics solver with support for fluids and rigid body dynamics, and updates to the Pyro and destruction toolsets.

The Karma renderer – now officially production-ready – gets support for MaterialX. SideFX is also releasing Karma XPU, the new hybrid GPU-accelerated version of the engine, in alpha.

The update, which is being previewed in a series of live sessions at this week’s VIEW Confererence 2021, is due for release on 27 October 2021.

Hundreds of new and improved features
Although Houdini 19 doesn’t add any individual new toolsets as significant as Solaris in Houdini 18 or KineFX in Houdini 18.5, it’s still a major release, with some ground-breaking individual features.

It is also, as usual, an incredibly wide-ranging one: the full changelog, shown at the end of the video above, takes a full minute to scroll up the screen, and comprises hundreds of individual features.

They include the Component Builder, which partially automates the process of creating properly constructed USD representations of imported assets, including proxy geometry, material assigments, and variants.

The new Layout LOP ingests assets from the Asset Gallery, and provides a brush-based workflow for populating scenes, shown from 00:11:30 in the video above

The Place brush positions individual assets, while the Fill brush scatters sets of assets over regions of terrain. Nudge, Scale and Delete brushes can be used to fine-tune the results.

Users can also create their own custom brushes, following customisable SOP-level templates that SideFX describes as “essentially HDAs that you can install into the Layout tool”.

Other significant workflow improvements include the option to move around scenes using game-style navigation: either using tank controls, or by clicking to teleport to a point in the scene.

SideFX describes Karma, which is ultimately intended to replace the existing Mantra renderer, as now having “as much [feature] parity with Mantra as their two very different architectures can allow”.

Karma also includes features not present in Mantra, with the latest update adding support for MaterialX, the ILM-developed open standard for the exchange of material and look dev data.

The implementation is based on Houdini’s VEX expression laungage – you can mix VEX and MaterialX shaders – and includes features not yet present in the MaterialX spec, like support for colour ramps.

In addition, the GPU-enabled version of the renderer – now renamed from Karma GPU to Karma XPU – moves into public alpha in Houdini 19.

Although it still lacks a number of important features, like subsurface scattering, SideFX says that it is performant enough to use as a preview renderer for look development and lighting. 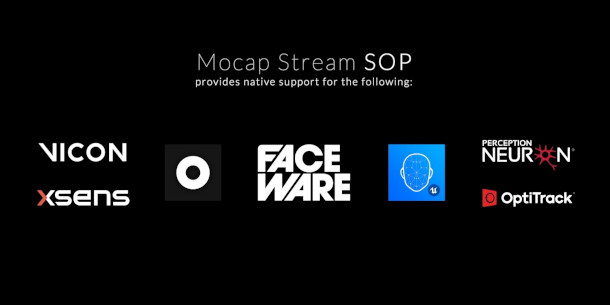 KineFX: Stream motion-capture data live into Houdini
For us, a particular highlight of the release was the new character tools: a recent focus of Houdini development work, following the introduction of KineFX last year.

It works with both optical and inertial mocap hardware, including systems from Vicon, Xsens, OptiTrack, Perception Neuron and Rokoko and facial capture from FaceWare, and Epic Games’ free Live Link Face app. 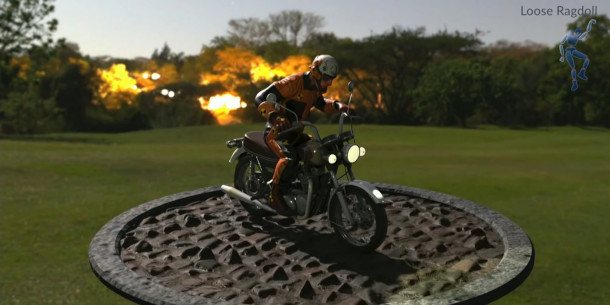 KineFX: new automatic secondary motion and ragdoll animation systems
Once streamed into Houdini, users can retarget the data to a 3D character, then use the new Secondary Motion SOP to automatically generate realistic secondary dynamics.

The system, which includes controls for adjusting lag and overshoot, is fully integrated into KineFX, and does not use Houdini’s existing, more technical Channel node (CHOP) networks.

The results can be combined with full or partial ragdoll dynamics via new Ragdoll Solver and Ragdoll Constraints SOPs.

One striking demo, which you can see at 00:37:50 in the video above, shows a motorbike driving over rough terrain with the animation of the rider generated entirely procedurally inside Houdini.

The skinned, animated character can then be exported to other DCC tools or game engines in glTF format or, in the case of Unreal Engine, via the new Unreal Engine Live Link SOP.

In its current state, SideFX describes KineFX as a “destination for most, if not all, of your motion processing needs”, which would position it as an alternative to software like MotionBuilder. 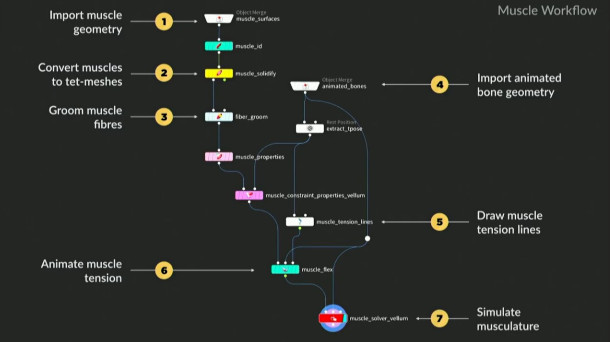 SideFX described the previous muscle system, which was based on object-level rigs, as “quite cumbersome”, requiring TD skills to set up, and making it hard to ingest and apply muscle dynamics to existing animations.

The new system, which is based entirely in SOPs, is much more artist-friendly.

Although it is possible to construct an unified muscle and soft tissue simulation, SideFX suggests a layered workflow, with separate layers for the skeleton, muscles, soft tissues, and skin.

The workflow for muscles – shown in the screenshot above – is particularly interesting, with steps for ‘grooming’ muscle fibres, and for setting up action lines for muscles and muscle groups.

Both are done by drawing directly over the character in the viewport (you can see the workflow at 00:50:10), and control how the muscle geometry contracts in response to an existing skeletal animation.

The new toolset is officially in beta, and is currently based on Houdini’s Vellum solver: SideFX says that it is working on even more realistic implementation based on the FEM solver. 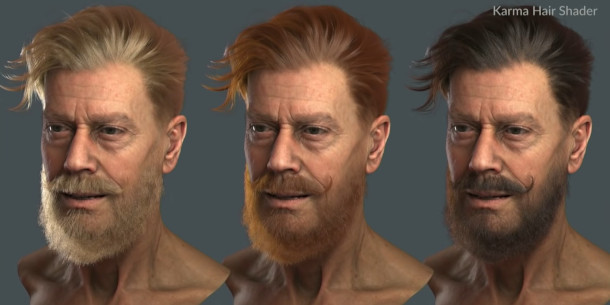 It supports a brush-based workflow for drawing individual guide hairs or scattering multiple guides, and thinning out or moving existing guides, shown at 00:52:56 in the launch presentation.

The results can be previewed in the viewport using the new Karma hair shader: in near-real time in Karma CPU, or real time in Karma XPU – the latter currently lacks support for subsurface scattering, but the visual quality looks good enough for interactive look development.

SideFX describes the process and “an order of magnitude faster” than in previous versions of Houdini. 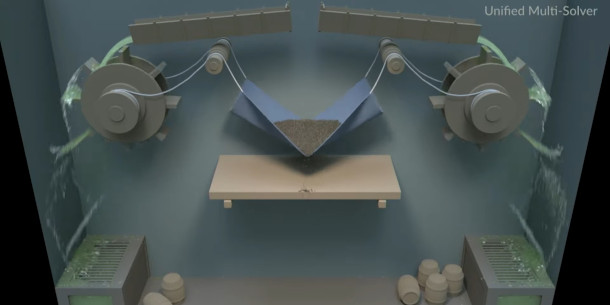 Vellum could already be used for cloth, hair, soft bodies and grains, to which SideFX has now added the option to simulate fluids and rigid bodies, both using XPBD (eXtended Position Based Dynamics) algorithms.

The new functionality is not intended to replace the existing FLIP fluid and RBD Bullet solvers for complex, large-scale simulations, being intended for smaller scenes in which many types of simulation interact.

At 01:25:50 in the launch presentation, you can see one suggested use case: a mock drinks commercial featuring liquid, granular fluid and rigid body simulation, all created using Vellum.

One interesting side-effect of the new functionality is that the Vellum Brush tool can now be used on fluid simulations, making it possible to ‘sculpt’ liquids interactively in the viewport. 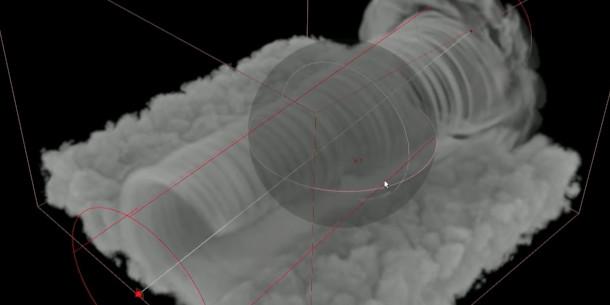 They include the Gas Axis Force tool, which can be used to push smoke along, towards or around user-defined axes; and the Velocity Scale tool, for controlling the speed of a simulation via fields.

There is also a new Particle Trail SOP for recreating effects like sparks or raindrops, which SideFX describes as a more fully featured alternative to the exiting Pyro Trail Path SOP.

Novel features include the option to have the trail split – for example, when a raindrop breaks into smaller droplets on striking a surface – and a nifty option to fake motion blur by stretching the particle geometry.

The existing Pyro Burst Source SOP gets new presets for muzzle flashes, lateral shockwaves and blast rings around columns of smoke or flames.

Under the hood, a new File Cache node is intended to streamline development of Pyro sims, making it easier to compare versions of the simulation.

Other new simulation features include the option to use packed primitives with the Debris Source SOP, and a new geometry layering system for agents in crowd sims. 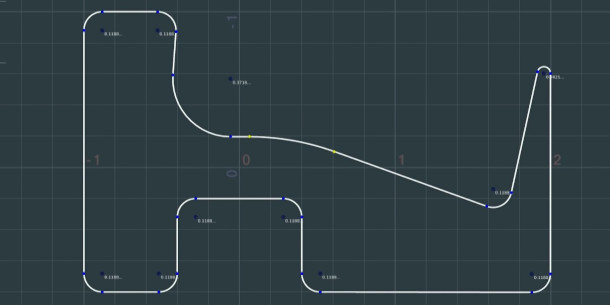 In the launch presentation, you can see the Path Deform SOP being used to bend and twist a Pyro simulation, to animate a moving pillar of flame.

Elsewhere in the modelling toolset, the Curve SOP has had a complete rewrite, with all of its key features now accessible via a radial menu.

New features include the option to manipulate curves directly via Bézier handles – something it “really should have had … for a very long time” – and new corner rounding controls.

UV Flatten gets an incremental update, including new options for mirroring edits from one side of a mesh to another, easier interactive cutting and sewing, and automatic colouring of UV islands. 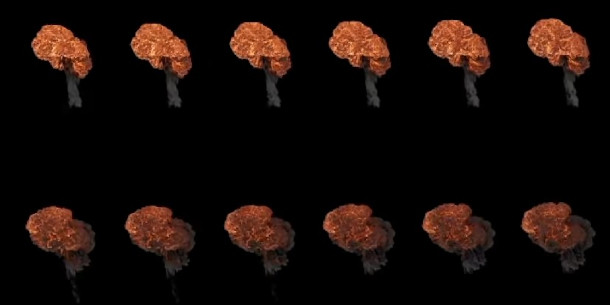 Game development: Flipbook rendering of sprite sheets and better vertex animation textures
Games artists get a number of new tools, many of them provided as extensions to the core software.

Houdini’s native Flipbook rendering system can now be used to render sprite sheets of simulations for use in game engines, with a new SideFX Labs tool generating supporting normal and motion vector passes.

Elsewhere in SideFX Labs, the Vertex Animation Textures render node has been updated.

The tool encodes motion into texture maps, making it possible to bake out simulations inside Houdini and recreate them in real time inside a game engine.

New features in VAT 3.0 include LOD support for rigid and soft bodies, and the option to trigger the baked simulation conditionally: for example, to break an object only where a projectile strikes it.

Other features, viewport improvements and pipeline changes
There are also a huge number of smaller new features and updates to existing functionality.

Among those, the 3D viewport gets new light bloom and halo effects, and support for ambient occlusion on volumes, significantly improving the quality of interactive previews and viewport renders.

Houdini 19 is also the first version of the software in which Python 3.7 is enabled by default, SideFX having provided parallel Python 3 builds throughout the Houdini 18 release cycle.

According to SideFX, Python 2.7 will continue to be supported “for another release or two” for compatibility with third-party tools that do not yet support the newer version of the programming language.